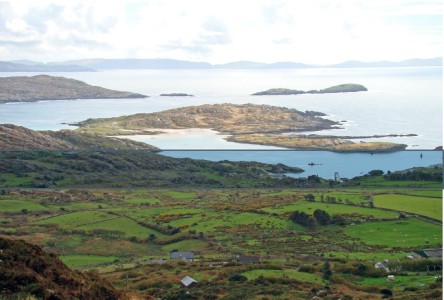 The ring of Kerry is a beautiful drive around one of 3 peninsulas in the southwestern part of Ireland. It also contains some ancient sites of Ireland, although if you tour the Ring of Kerry from Dublin, you will probably only have time for the drive which takes about four hours, without stops.

Railtours conducts a day tour to the Ring of Kerry. I caught the 7:00 a.m. train to Cork 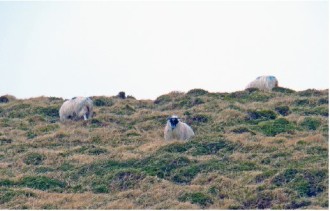 from Pearse Station in Dublin with a whole train car full of other Railtours customers, most of them were going on other tours in other parts of the country. There were about 13 in all going into the Ring of Kerry. We got off the train at Mallow to change to Killarney – and that was the last we saw of the Railtours rep the rest of the day, which was unusual based on other tours I had been on.

As soon as we hit Killarney, it started to pour and poured most of the day. We were herded onto an already crowded bus filled with passengers from another tour company, which was a disappointment. You want a window seat when driving the Ring of Kerry.

The first stop was about 15 minutes in where we could either go into the restaurant or pay €5 to go into the Bog Museum Village which appeared very “touristy”. The village is made up of six dwellings with thatch roofing, restored to their original setting. I saw two raggedy Afghan Wolfhounds and one rare Kerry bog pony, looking forlorn and lonely in the rain.

We stopped twice more for scenic overlooks and saw the ruins of Daniel O’Connell’s birthplace. At the overlook right before lunch someone brought baby goats and let us pet and take pictures of them.

We stopped for lunch about 2 p.m. It briefly quit raining while we were there and I was able to enjoy the views that make the Ring of Kerry so popular. The restaurant funneled us in a long line through the gift shop to the Cafeteria where I had a very unimaginative cheese sandwich but moist chocolate cake and juice. 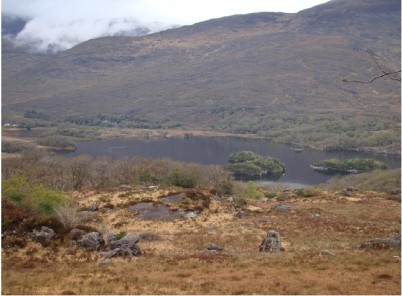 We stopped in Sneem for yet another shopping opportunity/photo op. It has a Quills shop, which is a good place to stock up on Irish souvenirs. The way home takes you through Moll’s Gap where you stop at Ladies View. Ladies View has panoramic views of three lakes and mountains and is where Queen Victoria came to sightsee. Then we arrived back in Killarney and caught the train back to Dublin.

I would suggest driving the Ring of Kerry yourself if you can. You’ll be able to see the views better and stop when you want to for photo ops rather than at very bad tourist sites. However, the roads are very narrow and may intimidate some drivers.