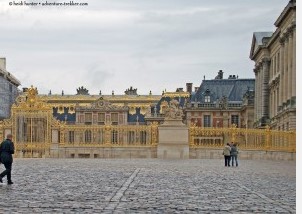 I visited Versailles on my weekend in Paris.

Versailles was much closer to Paris than I thought and rather than French countryside I saw mostly French freeway. Versailles was crawling with tourists and hucksters.  It just started raining when we arrived and hucksters were out pushing umbrellas on us, including me, already sheltered under my umbrella. We were also continuously warned that pickpockets were at work.

In Versailles, our guide gave us a tour of the State Apartments, King’s bedroom, Queen’s bedroom and various rooms named after Greek gods like Apollo and Mars (aptly nicknamed the war room).  We also saw the hall of mirrors (a really long hall lined with mirrors, natch) where the treaty of Versailles was signed ending WWI. 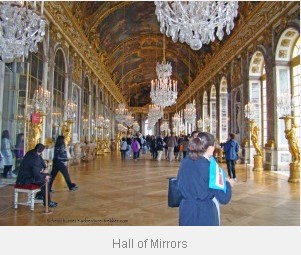 The rooms were ornately decorated and most of the ceilings were elaborately painted which was the most interesting feature – make sure to look up.  It was all overwhelming and I’m sure I missed a lot of the little details.  See all the pictures below.

Photos of the Rooms 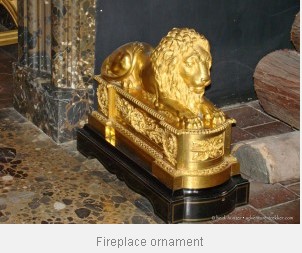 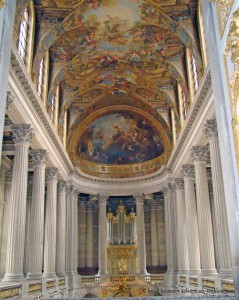 Photos of the Ceilings 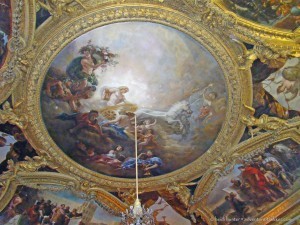 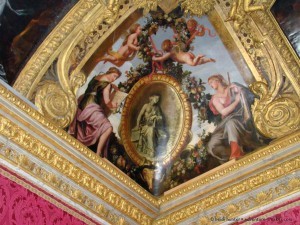 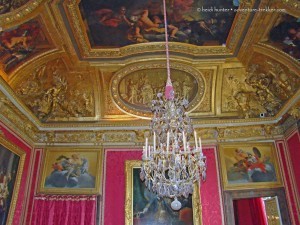 Things to Know about Versailles and its Most Famous Resident

Some interesting facts about Versailles that I learned: 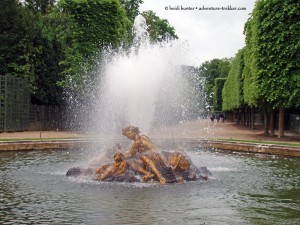 If You Want To Go

I took the Versailles Guided Tour With Optional Fountain Show through Viator.  It was a 4-hour tour currently costing about $98.  Viator outsources this tour to Paris Vision.   It was easy to find Paris Vision’s office on the Metro using my day pass.  However, the small office was packed with people from multiple tours all trying to check in at once.  It was frustrating and disorganized and I wondered at first what 3rd rate tour company I signed up with. However, in the end it was a good tour with an excellent tour guide and I would recommend it. We got a comfy double-decker bus for the relatively short trip to Versailles.  We wore earphones to hear our guide even when we weren’t near her and she gave commentary in English and Spanish.